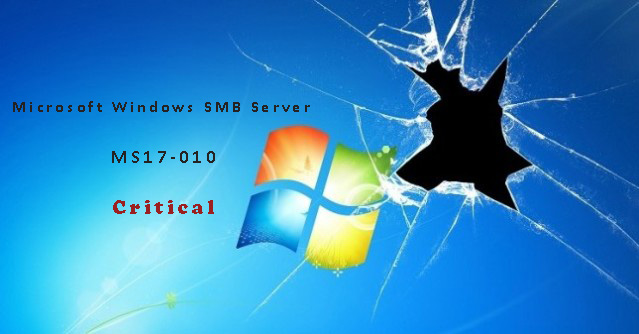 on April 18, 2017 by Mohammad in Security Leave a comment

This is a note about the newest security vulnerability in Windows Servers with the access to Internet. This security bug allows the hacker to access your server remotely and install a backdoor on your windows servers. This is why we recommend all of the windows users to update their servers to the latest version and install the patches which are provided by Microsoft Website.

For more information, please go to the following website and read more about this bug.

How to fix Shellshock bash vulnerability

On Sep 24, 2014, a GNU Bash vulnerability with name of Shellshock or the “Bash Bug”, was disclosed. the vulnerability allows remote attackers to execut code given certain conditions by passing strings of code following environment variable assignments

On any system that is running bash you may check the ShellShock vulnerability by running the following command :

Otherwise , if you’re not seeing “Bash is vulnerable” as output of command ,your version of bash is not vulnerable .

END_OF_DOCUMENT_TOKEN_TO_BE_REPLACED

on March 15, 2012 by Mohammad in Security Leave a comment

This is a notice of an active security alert which could pose a threat to your server with operating system of Microsoft Windows. Please see the alert below:

Yesterday, during Microsoft’s Patch Tuesday they announced a patch for a critical vulnerability in Windows Remote Desktop.

If exploited, the vulnerability would allow anyone to remotely run commands on your server.

This bug affects all versions of Windows (XP – 7/2008 R2) If you have a server or workstation running RDP please patch it now. There currently is no known exploit, but Microsoft believes there will be one in the next 30 days.

However, it is very likely there will be something sooner.

A temporary fix is to enable NLA (Network Layer Authentication). This would require the attacker to have valid login credentials, however if successfully exploited the remote commands would run as the SYSTEM user and not the user authenticated.

The patch is available from Windows Update and there are manual patches linked below.

Thank you for your review.