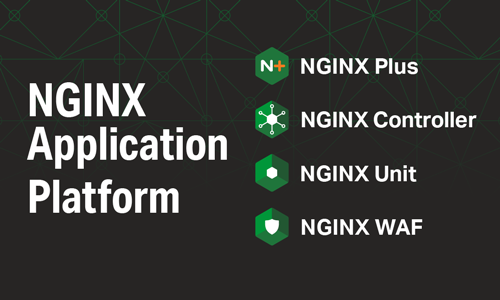 Nginx is going to Launch it’s own Application Platform

Nginx is one of the most popular Load balancers, reverse proxies, and, web servers which comes in both Commercial and Open-source forms. and it has recently gone beyond the server roots and launches its own Application Platform.

currently that the way developers writing and deploying of applications is changing very quickly, The company announced at Developer Conference in Portland a couple of days ago, that it’s launching the Nginx Application Platform to give developers a one-stop platform for developing or modernizing their applications with DevOps, the cloud, containers and micro services in mind.

As you might guess the core of the Nginx’s new Platform is Nginx Plus, The commercial version of Nginx that adds a good amount of enterprise features to the open-source version. Plus the company is going to add the Nginx Controller and Nginx Unit which provides a central management and control panel for your Applications.

The development team says that the Controller is a bridge between Nginx Plus and the traditional applications that people run on top of it. Nginx Controller will launch in closed beta in October but Unit is already available.

The existing Nginx Web Application Firewall rounds out the platform. Pricing for the full platform remains untold while Controller is still in closed beta.

It’s also odd because the Nginx Unit is going to be open-source while Nginx Controller is a closed-source project.